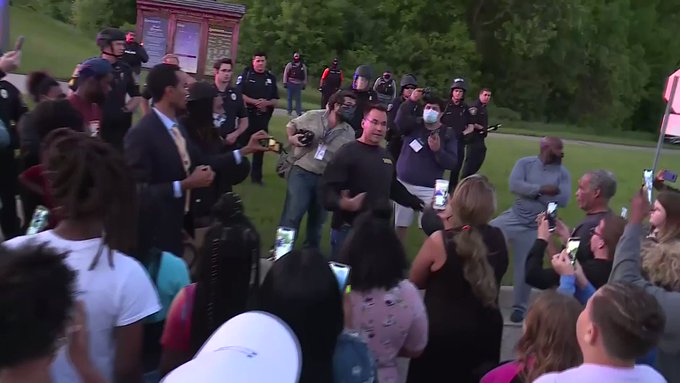 As protests continue happening in cities across the country, one Michigan sheriff made the decision to join peaceful protestors.

Genesee County Sheriff Christopher Swanson made the decision to remove his gear, put down his weapon and walk with demonstrators in an uplifting scene of peace making the rounds on social media. In the video, Swanson can be seen telling protesters "these cops love you" and he wanted to help them make things a parade, not a protest.

He told TODAY Show why he did what he did in the viral video,

"It was a spontaneous decision, and I'll tell you with all the police agencies there, Flint Township being the lead for the area, it made the most sense that when I saw the crowd and felt the frustration and the fact that we were only accelerating the issue, it was time to take the helmet off, go to the shot caller, the lead organizer, give him a big old fat hug and say, 'What do we need to do?' That was the tension breaker, and then the next question was the one that made history."